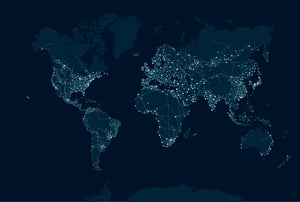 The reason why countries are fostering a regulation on e-invoicing is that the system is beneficial both for companies and governments. A recent survey published by Kofax concludes that 42% of entities faced delays in collection periods and were in trouble when classifying information and link it to existing data, besides undergoing the high costs of invoice processing. Public administrations also encounter these obstacles, with the added problem of being unable to track payments and control fraud.

Below we analyse the different measures chosen by several countries to implement and develop electronic invoicing.

Europe increases e-invoicing use for every transaction

The use of electronic invoicing is expected to grow in coming years in Europe. On 18th April, the European Union adopted the compulsory use of e-invoicing on every transaction between public administrations and providers (B2G). The predictable trend is that both SMEs and big companies start to issue electronic invoices aiming at speeding-up and simplifying trade relations with administrations across the EU.

However, this growth may not necessarily be even across the continent. Many European countries had previously adopted national regulations on issuing electronic invoices within their territories. Finland, for example, universalized the e-invoice for public procurement in 2010, so the system is now mature. Currently, the snowball effect has caused that not only the Government uses e-invoice for 100% of their transactions, but most Finnish companies have also introduced it.

A similar situation is expected for every EU country, where the European Commission suggests savings of €2.3 billion. In Germany alone, the new system is expected to reduce the cost of a received invoice from €50 to just €1.

Other countries have adopted legal measures in order to speed up the implementing process at a national level. Since January 2019, issuing e-invoices is compulsory in Italy for B2B (business-to-business) and B2C (business-to-consumer) transactions. That is to say, every invoice issued within Italian territory is expected to be electronic. In France, e-invoice will be compulsory for SMEs and micro-enterprises in 2020.

Regarding Turkey, electronic invoice is compulsory since 2014 for some activity sectors (those related to hydrocarbon or excisable goods, such as tobacco, alcohol, and soft drinks) and this regulation is expected to spread to every transaction.

Latin America stays ahead of Europe in electronic invoicing, partially due to the obligation imposed by the Government to the private sector when issuing e-invoices. Whereas in most of European countries this obligation only concerns the public sector, the regulation in Latam has extended in order to ensure a more secure, efficient and sustainable trade.

Chile led the way in implementing electronic invoicing in 2003. Other countries, such as Argentina, Brazil, Ecuador, Mexico, Peru and Uruguay also have mature e-invoicing systems in place, well standardised in those countries. This is why electronic invoicing is used for almost every transaction in some of these countries (Chile over 88%, Brazil 100%) accounting for 36 trillion e-invoices issued in Latam.

In contrast to Europe, Latin America lacks from an even system enabling international transactions with a shared format. Nevertheless, some solutions are expected to develop in order to become an integral and intuitive method for companies and individuals to smoothly use e-invoicing.

Electronic invoice implementation is growing in North America, at a slower but sustainable pace. In the United States, given emerging technologies and the investment in on-the-cloud systems by organisations, the penetration rate is expected to speed up.

On the one hand, a possible scenario is that the implementation of e-invoice is conducted from the private sector itself. On the other hand, the US Federal Reserve made a proposal to develop a strategy towards standardisation of e-invoices, although it is possible that one of the existing systems becomes standard, as it is already used by private companies.

Even though there is no specific plan for such a transition, e-invoices are more and more common for B2B transactions, and business increasingly require this to their providers.

Meanwhile, in Canada, the Canada Revenue Agency (CRA) has published a series of circulars on electronic transactions, including electronic invoicing (circular IC05-1R1), to contribute to boost and expand its use across the country.

One of the regions where electronic invoice is expected to experience a highest growth is Asia-Pacific. The implementation process is being fast and automation technologies are being developed to make invoicing procedures even easier. This is a predominant trend in India and China, where the implementing level on B2B transactions reaches 79.3% and 62.8%, respectively.

E-invoice moves differently in other Pacific countries. Singapore was one of the first Asian countries in adopting it, as it is compulsory for B2G transactions since 2008. However, regulation on B2B and B2C invoicing processes is almost non-existent, and it is based on a greater normalisation regarding the filing of invoices, not on the rules for issuing invoices. A common model is intended to be adopted, so the trend moves toward a standardisation of invoicing systems.