Portugal, one step away from mandatory eInvoicing 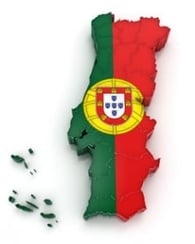 From 1 January 2019, less than a month away, all companies that want to work with the Portuguese public administration will have to do so electronically, which entails the digitisation of the country's B2G relationships.

The legislation is included in the Código dos Contratos Públicos, which, in its article 299.B modifies Decree no.18/2008 published on 31 August 2017. This legislation is established as a prelude to the European Union standard included in Directive 2014/55/EU of the European Parliament and of the Council which will make the use of electronic invoicing with the public administrations mandatory from 18 April 2019 in the entire EU, including Portugal.

There are two main new elements after the update of the Decreto-Lei no. 18/2008. First, 27 November was the deadline established by Portugal to officially publish the electronic invoicing requirement. Second, the official format recommended by the Autoridade Tributária e Aduaneira  (AT) for the use of electronic invoicing has been established in recent months.

In keeping with the European Union, it has chosen the UBL (Universal Business Language) format, a format which all EU countries will use after it becomes mandatory, along with all other non-EU countries that follow in the EU’s footsteps.

The use of the same electronic format on a European level will make it possible to send and receive electronic invoices without barriers, as the structure and the information included will be the same, thus improving communication with the public administrations. The trend clearly encourages their widespread use in all company and public entity relationships, a fact which will generalise the use of e-invoicing in B2B and B2C relations, in addition to the requirement to work electronically in B2G relations.