The government is however trying to remedy this and measures are increasingly being taken to encourage the uptake of e-invoicing. European legislation making it obligatory for B2G and G2G transactions is also helping to ensure that this system is being introduced. In this article we explain how electronic invoicing is evolving in Poland and how it goes beyond the different agents involved.

Use of e-invoicing in Poland 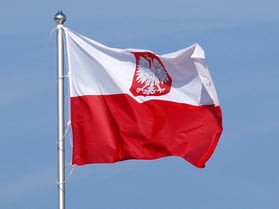 Currently, in Poland paper and electronic invoicing coexist, although the electronic form is still at a very incipient stage. What's more, many companies and organisations do not even have a system for processing invoices electronically. Aware of being behind in this regard and of the benefits that using e-invoicing would bring to the country's economy, the Polish government is developing a range of measures to accelerate its implementation.

In fact, the government's initiative in this area is not new. In 2005 legislation was passed to align the legal value of electronic invoicing with that of traditional one -much sooner than was done in other EU countries. At European level, the two forms of invoicing were declared equivalent in 2010, whereas the Polish government had recognised this five years previously.

This is not to say that Poland is currently leading the way in electronic invoicing. However, improvements are being steadily made. For example, the requirement that the addressee's prior consent be given before issuing the first invoice has been removed. This measure, which was implemented in 2014, maintains the mandatory need for the addressee to accept the e-invoice, but speeds the process up by allowing it to be sent directly to the customer without the need for their prior express consent.

In addition, and included in the same document, a qualified electronic signature to validate the e-invoice is no longer required. The rules allow taxpayers to use any other means to ensure its veracity and validity. In addition, it is not mandatory to file documents in the format in which they were issued or to send the corrector document in the same format as the original.

In the same year that this regulation came into effect, Europe introduced regulation for the use of electronic invoicing for all G2G (government-to-government) and B2G (business-to-government) transactions. Although it would not come into force until 2018, many states set to work to prepare their infrastructure for the issuing and receiving e-invoices.

This, however, was not the case with Poland, because it did not integrate the measure until required under European legislation. This made it one of the last three member states to adopt the obligation to use e-invoicing in public procurement, doing so at the same time as Portugal and just ahead of Greece. The other EU countries had already implemented the measure by 2019. However, as of this year, in Poland it is mandatory for central, regional and local government providers to use electronic invoicing for transactions below €30,000, using the Pef state platform (still in beta).

Electronic invoicing is yet to be made mandatory for B2B transactions and, for the time being, the Polish government has not indicated that it intends to legislate on this.

Although the European framework for legislation on e-invoicing is broad, there are certain criteria which are left to the choice of each member state. For example, in Poland it has been decided that invoices should be kept for a minimum period of 5 years. Documents may be filed in any electronic medium, provided that it allows easy access to tax control authorities.

Polish regulation does not determine a standard format in which electronic invoices are to be issued. It gives issuers freedom so long as they comply with the legal requirements established by the EC. This is usually translated into invoices in the most common formats: UBL 2.1, UN/CEFACT CII o PEPPOL BIS Billing 3.0.

Although the implementation of e-invoicing for commercial transactions is low, the Polish government has relied on it to reduce the VAT collection gap. The first steps towards a solution were taken in 2016, after a gap of 24% was recorded in 2015. Just one year later, in 2017, this had been reduced to 14%.

The Croatian VAT Act from 2018 made it mandatory for all legal taxpayers to keep VAT records in electronic format. Whilst the use of e-invoicing has been introduced, for now it is not widely used for trade transactions.

As we have seen, the level of implementation of e-invoicing in Poland is still low, which has led to only a gradual transposing of European legislation to make it mandatory into law and taking advantage of the latest deadlines. In addition, private companies do not have the technology systems or organisational culture to process them. Making this switch to a digital system does not need to be at great cost, but until now it has not been a priority for Polish companies.

To this end, the European Union has invested in the construction of a national platform for issuing e-invoices and it is expected that the obligation to use them in public procurement will gradually be extrapolated to the country's other companies. This would be beneficial not only for the companies themselves, but also for the State and other EU countries with which Poland has trade relations, as it would facilitate cross-border trade within a secure environment.